ARM Mali-G52 is used as a graphic core. As for NPU, the neural processor has become 30% more productive than the “direct competitor” solution.

In addition, they claimed it supports 48-megapixel camera. The video is encoded in H.265 format with electronic stabilization, But this processor does not support 4K recording.

The highest possible quality is Full HD at 60 frames per second. It Supports and unlocking the face using the front camera, They Built a new chip on the nanometer technology. 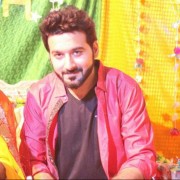 News: Samsung Galaxy Tab S6 will get a dual camera

News: Huawei returns to the US market